E3 might’ve been canceled in 2020, but the event is back with a vengeance for 2021! COVID-19 is keeping the action online, but you can still expect four jam-packed days of announcements, teasers, trailers, and hype! Obviously, it’s disappointing to miss out on the opportunity to attend an event that… 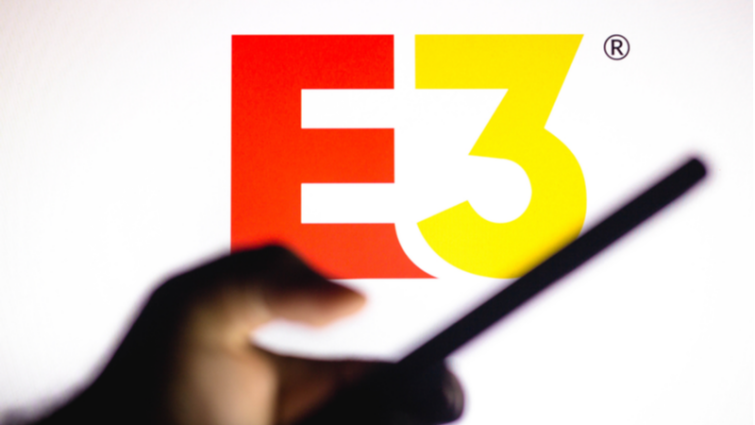 E3 might’ve been canceled in 2020, but the event is back with a vengeance for 2021! COVID-19 is keeping the action online, but you can still expect four jam-packed days of announcements, teasers, trailers, and hype!

Obviously, it’s disappointing to miss out on the opportunity to attend an event that typically has a live audience – moments like Keanu Reeves’ wholesome heckler wouldn’t happen without the fans – but there are certain benefits to an online show. There are no costly tickets to worry about, no transport to arrange, and you can check out the streams in your pajamas from the comfort of your couch.

So, keep reading to get the latest on who’s presenting at E3, the new titles we could get a peek at, and all the times and dates to make a note of.

📆When is E3 happening this year?

June means E3 – just ask any game. However, the event actually falls a bit later on the calendar in 2021 than in previous years. We’ve got COVID-19 to thank for that, of course.

The 2021 edition of E3 will take place from 12–15 June. That’s four full days of content! And like I mentioned earlier, it’ll be an online-only show, but the ESA still wants you to enjoy the spectacle; there are VODs, interviews, trailers, and conferences to check out throughout the long weekend.

There are tonnes of additional events happening across the month of June, too! They’re well worth checking out. On June 5, you can catch the Black Voices in Gaming stream, which takes a look at the awesome Black protagonists and developers in the gaming sphere. June 10 is the day of Summer Game Fest, with a myriad of game announcements and a special musical guest – Weezer! The Play For All stream makes a return, too, and will raise money for charity on 14–15 June.

The good thing about E3 being online-only is that it’s never been easier to catch up on the action. Viewers can check out the official E3 web portal or app. So, whether you’re on your laptop, PC, phone, or console, you’ll be able to follow along with all the conferences and broadcasts.

The E3 web portal and app will both be available to the public on June 12, though media personnel can access the app as early as the 7th.

If you’re after that authentic E3 expo feeling, the app and portal really are the place to be – they come with some cool extras that bring the event into your home. This includes virtual show floor booths and special VODs and articles, and you can even create a customizable avatar! And to drum up interaction, there’ll be leaderboards throughout the show.

Of course, if you’d rather keep things simple you can catch all the E3 action via YouTube or Twitch.

Now, let’s get into the good stuff and start making some predictions! You might not see all of your favorite developers at the 2021 E3 expo, seeing as some decide to do their own events, but the lineup so far promises to be pretty exciting – and there might even be more to come!

Ubisoft Forward is colliding with E3 this year! In 2020, when E3 was canceled due to the pandemic, Ubisoft Forward allowed the developer to show off its upcoming titles without the expo, but we’re getting a two-for-one this summer. And there’s a lot to look forward to.

Hopefully, we’ll see a bit more of Far Cry 6. The game has a release date now – October 7th, 2021 – and there’s already a trailer kicking about, so more details could be incoming. A VR Assassin’s Creed title is in the works, too, and E3 would be a great place to give us an update about the project, as well as more insight into what’s happening with future installments of Splinter Cell. Extreme sports fans will no doubt be keen to hear what the plan is for Riders Republic, too.

As for DLC, Assassin’s Creed Valhalla and Watch Dogs: Legion are next up in the pipeline, and we might even catch a glimpse of the long-awaited Beyond Good and Evil 2, though that might be rather optimistic. Ubisoft has been extremely tight-lipped about the sequel so far.

It’ll be interesting to see if the Prince of Persia: The Sands of Time remake makes an appearance, perhaps with a sneak peek that allays some of the graphical concerns raised during its reveal. The game has been indefinitely delayed, however, so you might need to keep your fingers crossed for a new release date, too. If Ubisoft really wanted to raise the (virtual) roof, they could touch on the Star Wars game they’ve got cooking…

Microsoft recently acquired Bethesda and will be sharing the stage with the publisher to shed some light on its upcoming titles. It’s reported that the presentation will last a hefty 90 minutes, too, which makes it one of the more anticipated showcases.

The star of the Microsoft show will surely be Halo Infinite, which is set to launch later this year with a slew of other holiday-ready titles. E3 could also be the perfect stage upon which to update fans about the spacey RPG, Starfield. Similarly, sports fans will want to tune in to the presentation to catch any potential new sneak peeks of the Forza Horizon 5 title.

There are plenty of tantalizing teasers to hope for, too, not least of which is the Fable reboot being handled by Playground Games. And, if we get any new details regarding The Elder Scrolls 6, expect social media to go wild… even if it’s another title screen.

E3 2021 sees the return of the PC Gaming Show, hosted by PC Gamer, as well as GamesRadar’s Future Games Show. The event doesn’t have a specific time slot yet, though you’ll be able to catch the streams on Sunday June 14. Expect the unexpected if you do tune in – because this duo takes a real deep dive into all sorts of titles.

There’ll no doubt be discussion about indie games and blockbusters-to-be, and coverage of content for all platforms! In fact, these shows have previously highlighted PlayerUnknown’s Battlegrounds, Borderlands 3, and the upcoming Baldur’s Gate 3.

Now, I don’t want to get anybody’s hopes up, especially since we don’t know if Bandai Namco are getting their own show, but if there’s any day where we might hear more about Elden Ring, it could be on this fateful Sunday!

The memes are true – Nintendo does a pretty good job of “winning” E3 each year! Expect a fun and dynamic conference, especially seeing as there was no Nintendo Direct in 2020 as a result of the pandemic.

And there’s an awful lot of buzz surrounding the supposed reveal of the Switch Pro, the successor to the Nintendo Switch, and it could form the cornerstone of the conference. Pokemon Diamond and Pearl remakes got their release dates recently, and it wouldn’t be a surprise if we saw some new footage or trailers. Some fans also expect new Donkey Kong and Kirby titles to be announced, as well as updates regarding Bayonetta 3, which was announced way back in 2017.

If there’s one Nintendo title that everyone’s holding their breath for this year, however, it’ll be the Breath of the Wild sequel. We don’t know if it’s happening, we don’t know if it even exists, but if it does make an appearance at E3 alongside the Switch Pro, it could be a Nintendo KO.

The Square Enix conference is the one I’ll be staying up for… provided it actually takes place, seeing as they’ve been a constant fixture at E3s of the past.

The release of Final Fantasy 7 Remake: Intergrade is almost here, so we could very well see more footage from the game, as well as details regarding Life is Strange: True Colors. It’d also be exciting to learn more about Forspoken, previously known as Project Athia, a title coming to PlayStation 5 at some point in the future.

Final Fantasy XIV fans will want to keep their eyes peeled for more information about the MMO’s upcoming expansion, Endwalker, set to arrive in November (or “late fall”). If we’re very lucky, there might be more Final Fantasy XVI teasers to share, too! The game takes on a classic high-fantasy feel, and I’m certainly keen for a new trailer or a few scraps of lore.

The Guardians of the Galaxy game could also put in an appearance at the Square Enix show, as well as planned updates for Marvel’s Avengers, which would go hand in hand with the release of the Black Panther expansion.

Other developers headed to E3 2021 include:

E3 2021 will certainly be different. The atmosphere might not be the same, but a lot of us are used to tuning in each year via a stream! And there’s no reason why an online event can’t generate the same excitement that an in-person one does – especially if some of the above predictions come true.

Luckily, it’ll be easy to watch E3. Check out the official app or website, or stick to YouTube or Twitch for a more classic experience. Whatever you do, just remember to check when the conferences start in your time zone!

Yes! You won’t have to pay a penny to watch E3, regardless of whether you watch via the official app, site, or through YouTube or Twitch. There were rumors that the ESA planned to charge fans for access to the show on its website but, as you can probably imagine, the idea was not well received.

There are a handful of developers who miss the E3 event this year, and in 2021 Konami, EA, and Sony won’t be putting in an appearance.

It does! It’s called EA Play, and it’s where you’ll see all the new EA trailers and gameplay demonstrations – kind of like a mini E3. This year, the event will take place on July 22nd… which means you won’t have to wait long to see what’s in the works. I’d expect to see new insights into Battlefield 6 as well as all the usual sports titles. It’s also possible that we might get a glimpse of Dragon Age 4 or Mass Effect 5, too!